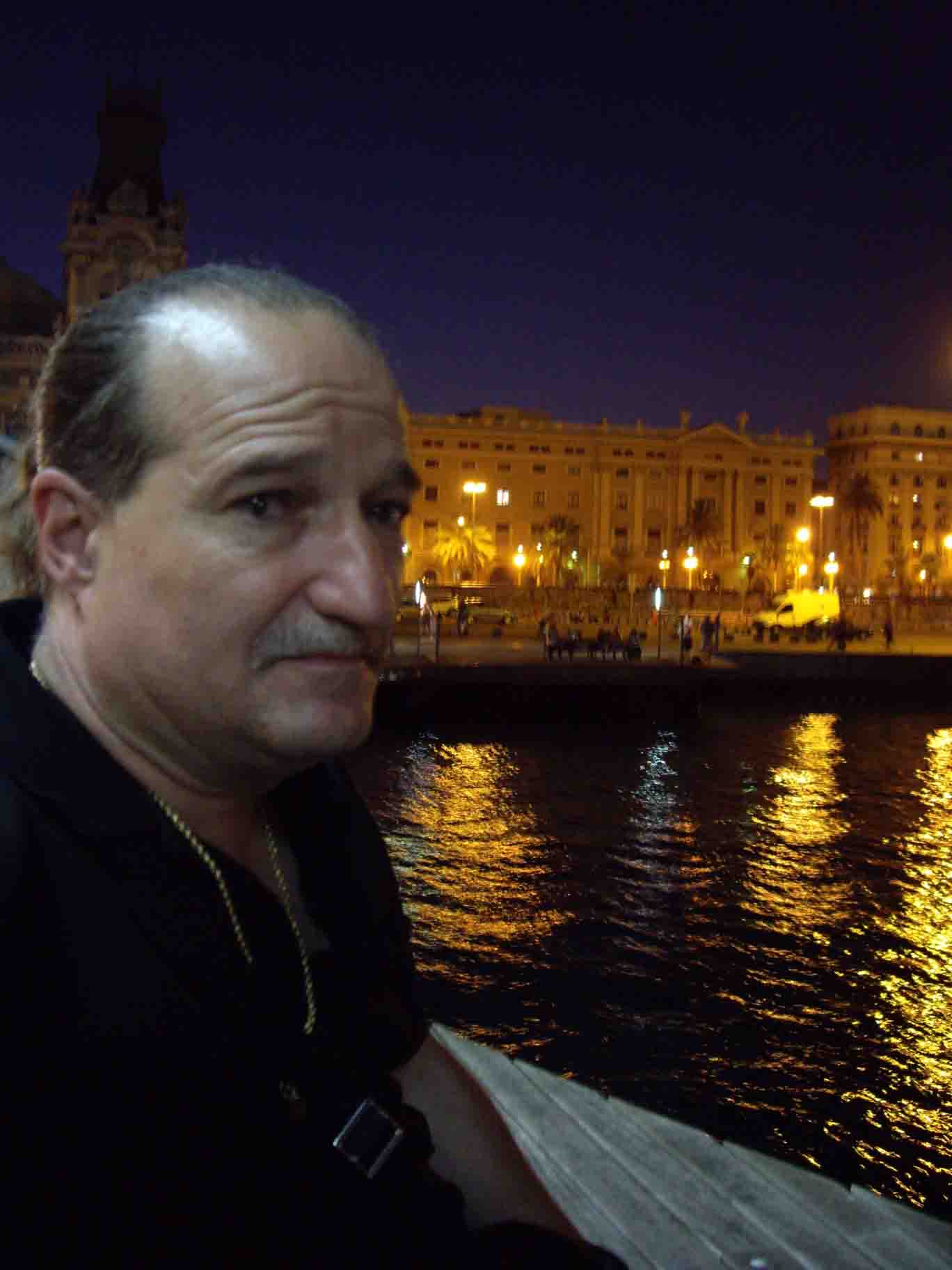 José Luis Navarro was born in Granollers´ Hospital, Barcelona province the 20th of June of 1960. He performed artistic studies in Granollers with private teachers to enter the Escola Massana in Barcelona in 1980, where he will study for 5 years, finishing in l.985 and obtaining the title in the specialty of pictorial procedures. Later he will graduate in the Escola Superior d'Art i Diseny Llotja of Barcelona, being granted a scholarship to the Barcelona Royal Artistic Circle, ​​artistic center where he will continue for the space of three years.

In the artistic drawing specialty he acquires knowledge of all the techniques used in drawing such as lead pencil, charcoal pencil, pastel, charcoal, watercolor, Chinese ink, cane drawing, as well as drawing techniques like perspective or line drawing, life drawing, anatomy, structure of the form, movement etc.

Being very lucky of having had “Old School” teachers who retired when I finished my studies in the center (Escola Massana) I was taught uncommon techniques which today are unfortunately lost in its majority. Thanks to all of them for giving me that knowledge in such a professional way.

About the characters that influenced in my career, they have been many and varied, beginning with Renaissance ones as Leonardo, Michelangelo, Raphael, El Greco and virtually all the mannerists, following with the baroque ones as Velazquez and Caravaggio; later on Goya, and then until authors as Sorolla, Manet, Picasso, Magritte, all the German Expressionists, and also artists such as Munch, Pollock, Tapies, and in fact, I think all the history´s artists, because I believe an artist does not stop being a sponge in the art world, otherwise I believe that badly artist he would be. Not to mention the world of Literature has powerfully influenced in my career as also has the world of music, because I think art in general is one, but its expressions are many, so an artist cannot underestimate any kind of expression but rather the opposite, to become rich by them all.

I currently have a well-defined path, perhaps as a result of all the above, so I can satisfactorily say that I agree with almost all the reviews I have been made by highly recognized figures in the Art world as Mateos Corridor, Frances Miralles, Arnau Puig and so many others who have thus corroborated what in some way I am today. My interest for the matter is obvious, and also for the misunderstood art as classic, and I say misunderstood because I think art is always one but with small touches of its present, although this is something almost inevitable for the artist of its time. I consider my way of expression is constant evolving and not engaged to any movement, and this is a symbol of expressive freedom to be taken into account, otherwise I would be tied to conditions which would not allow my full expression.

The different work sections I have made, such as scenographies, assemblies and installations, design of posters etc, have generously contributed to enrich my expressive world, to work on very different sections of art and to learn ways of expression applied to different formats with many different purposes. For all of them I feel fortunate to have exercised, and to all of them my gratitude for the provided enrichment.In conclusion, although I have defined myself, it will always be the public in last term who will make his own conclusion, and towards my work I only recommend not be conditioned by anything written before, and be themselves, yourselves, those who see and feel what my work transmits with absolute freedom.